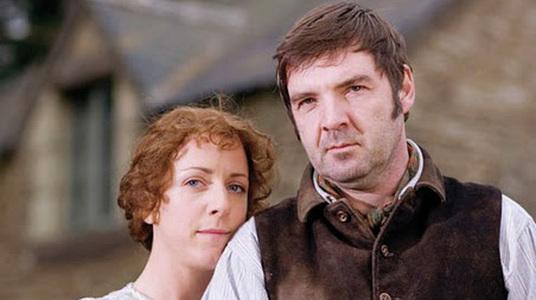 Robert Timmins is Laura's father and a stonemason by trade. He is married to Emma. They live with their family in the End House on the edge of Lark Rise.
Robert grew up in Oxford where his parents kept an inn. But Robert chose to be apprenticed to a stonemason. He arrived in Lark Rise with a firm of builders who were restoring the local churches and, by the time the restoration was finished, he was married to Emma with a baby on the way. So he settled down to life as an ordinary workman.
He is still passionate about his craft. Even when he's not working he carves at home in a little workshop and some of his carvings stand about as ornaments in the End House.
Robert is intelligent and has pronounced views which he's not afraid to share. His "expounding" often brings him into conflict with the other men in the village. Robert is generous to a fault and has a habit of taking in waifs and strays which can drive Emma to distraction.
Robert's cleverness and his strong opinions tend to isolate him from the other Lark Rise men. This might explain why he's always hankering to leave this "left behind place" for somewhere bigger, perhaps another place might be more receptive to his ideas and opinions.

Robert, Laura and Fisher - I Loved Her First
A short music video showing how Laura's father Robert is trying to come to terms with losing his daughter to another man.... Courtesy of You Tube User "larkrise38" - www.youtube.com/user/larkrise38

Robert and Emma - Take Me In Your Arms and Love Me 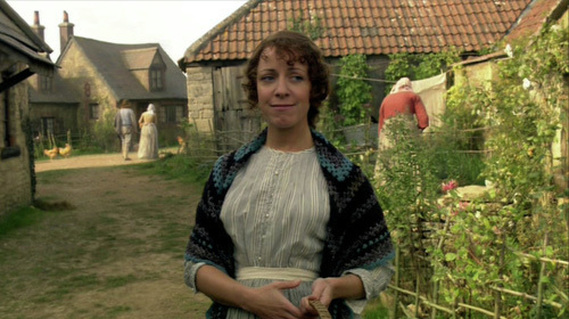 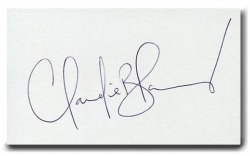 Emma's family have lived in Lark Rise or the surrounding villages for generations. Emma was the youngest child of a large family and her father's favourite. She still misses him.
As a young woman Emma was a nursemaid, and this was a very happy period of her life. This experience gave her a taste for a different kind of existence which has stayed with her so, like Robert, she sometimes seems not quite to fit in with the other villagers. But she's well liked and respected and, though sometimes appearing solemn and self-contained, she's generous and caring. She would never let anyone go in need if she had the power to help them.
Emma also has a vivid imagination and a shrewd sense of humour. The children love listening to her stories – fairy stories, animal stories, stories of good and bad children – which she tells at bedtime. And even when Emma's at her most stern, Robert can tease her out of it.

Claudie Blakley won the Ian Charleson Award (given to outstanding classic stage actors under age thirty) for her role in Chekhov's The Seagull. Recognized for her work as a stage actress, Blakley has been with the Royal Shakespeare Company since 2003, but has had roles in such television and film productions as Gosford Park, Pride and Prejudice (2005), Severance, Cranford and Lark Rise to Candleford.

In Cranford Claudie plays Martha, Aged 22 and an orphan, Martha is a servant to the Jenkyns sisters. A "rough, honest-looking country girl, "Martha is courted by Jem Hearne.