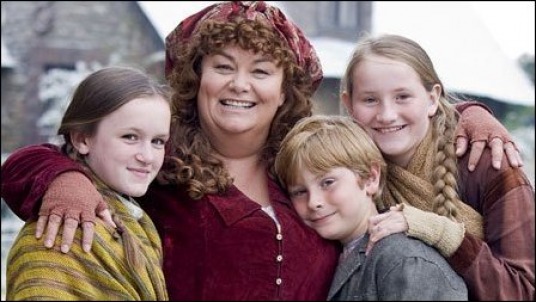 Caroline and The Arless Children

Caroline is quite a vibrant character, a lusty woman. who has a lust for life and for her husband who is away at sea. She's quite extreme, in that she drinks too much, laughs too much and sings too much. But she loves her family very much, it's just that she goes over the top sometimes." Caroline is married to Walter who is away at sea. They have four children, and another on the way. Caroline is easily the biggest and most controversial character in Lark Rise.
Her husband, Walter, has gone away to sea, leaving her to care for her ever-growing brood. But Caroline doesn't let this get her down. She may not have much money but what little she gets she spends in style – treating herself to barrels of beer and steak dinners for the family on payday, even if her children have to live on bread and dripping for the rest of the week.
Some of her neighbours may disapprove of Caroline's thoughtless and reckless ways but, because of her considerable charm and genuine love for her children, they usually end up digging deep to help her out of trouble. 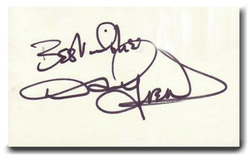 Alf is Caroline Arless's eldest son. He left school early to help provide for the family. Unlike his mother he is extremely honest and hard working. He is only a boy himself but is responsible for earning the majority of the family's money by working in the fields. It pains him to see his mother fritter his hard-earned pennies away.
Alf has a close relationship with the Timmins family – Laura is particularly special to him as they have grown up together and they are close friends. Alf is just starting to see their friendship as something more when Laura tells him she is leaving. Robert is also important to Alf, always keeping an eye on him and offering fatherly advice in the absence of Walter.
Alf is the bread winner of the family, working in the fields. His escape at the end of the day is to get his melodeon out and play some music.
"The sorts of things that Alf has to deal with are his mother's drink problem and the fact that she's terrible with money, terrible at putting any money aside for food and rent. She'd rather live very well today than plan for tomorrow and Alf has to balance that out and often got into trouble with her by hiding money around the house. When Caroline was sent to jail, Alf has to bring up the family on his own.
"He's very awkward around Laura because he's not emotionally mature to deal with what's going on. He assumed that they were going to end up together, because they've known each other from childhood and got on so well. It's what you did in rural communities, settle down and have a family. His dreams of that were taken away when Laura goes away to Candleford and meets new men in her life Phillip, Fisher Bloom and Daniel.
Alf himself gets caught up with romance having a fling with Nan Carter before meeting Minnie Mude......

The Girls in Alf's Life 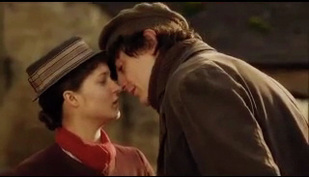 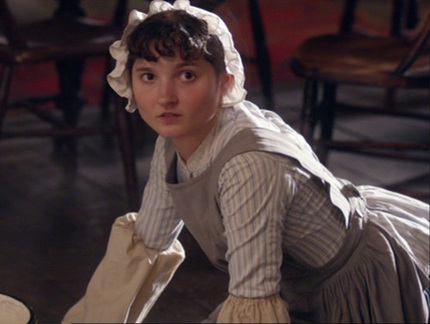 Special Thanks to You Tube User " Larkrise38" for The Excellent Video

Following the Turrils' wedding Alf meets Nan, a milkmaid from Fordlow, a neighboring hamlet. There has been a long-standing feud between the two communities and the pair date in secret before Alf, having heard gossip from Twister, stops seeing Nan. After Lark Rise children have vandalized Fordlow 's gardens, their parents make them apologize, Nan and Alf make up and the two hamlets are reconciled.  Laura hurts Alf by telling him she saw Nan kissing another boy. The explanation is innocent - the kiss was 'currency' to buy a pig for the Arless family - but Emma, frustrated by a false pregnancy scare, accuses her daughter of meddling, though they reconcile.  Nan is then cruel to Alf, claiming that she prefers bad boys but Emma discovers that this is only because the girl feels she is not good enough for young Arless and reunites them. Nan played by Rebecca Night mysteriously didn't appear again in the series after being in Episodes 9,10,11 and 12 in Series 2.
Rebecca Night attended Yarrells Preparatory School in Upton, Dorset where she took great pleasure in being a part of the annual musical productions, and later Parkstone Grammar School in Poole as well as Brownsea Open Air Theatre. Rebecca is a former member of the National Youth Theatre, where she appeared as Hero in Much Ado About Nothing. She graduated from Rose Bruford College in 2005, where she received critical acclaim for her performance in Patrick Marber’s After Miss Julie; it was said that she put everything into her role."
She has also appeared in a number of TV adverts and short films.
Rebecca's most high profile stage role, to date, is in a West End production of Oscar Wilde's The Importance of Being Earnest. She has said that being in a Wilde play "makes you want to stand a bit taller, and it's nice getting to play dress up and be kind of refined. But it's also nice to leave it all behind, at the end of the day, to be able to put on your trainers and jeans." She has appeared in the TV dramas: Wuthering Heights as Catherine Linton, Caught in a Trap as Becci and her most famous as the lead in Fanny Hill. 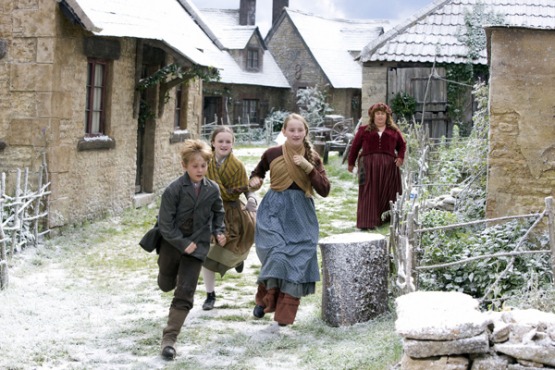