The Hamlet stood on a gentle rise in the flat, wheat growing North East corner of Oxfordshire. The Residents called it Lark Rise because of the great number of skylarks which made the surrounding fields their springboard and nested on the bare earth between rows of green corn.
In the 1880's the Hamlet consisted of about 30 cottages and an Inn, not built in rows but dotted down anywhere within a more or less circular group. A deeply rutted cart track surrounded the hamlet and separate houses or groups of houses were connected by a network of paths.
A few of the houses had thatched roofs, whitewashed walls and diamond pained windows but the majority were just stone or brick boxes with slate roofs..... Copyright @ Flora Thompson 1939
Some of The Well Known Residents such as The Timmons, The Arless and The Turrill families are featured on there own pages within this site, here are a few of the Lesser known characters who live or have visited The Hamlet and have featured strongly in the BBC series.

The Turrills - Queenie and Twister

The Hamlet of Lark Rise is divided when Susan Brady brings charges of wife beating against her husband Sam. He hit her while drunk but she had always warned him not to raise a hand against her and now she is being true to her word..... Series 1 : Episode 7

Bessie Mullins,the biggest gossip in Lark Rise, points the finger at Daniel when her daughter Emily gets pregnant and refuses to name the father. She has no proof and nobody believes her until Minnie sees Daniel give Emily money. Dorcas discovers he was only acting as agent for the real father, son of Emily's wealthy employers who have sent him abroad in disgrace. Bessie apologizes to Daniel and, although considering returning the money as a gesture of defiance, decides it is better for the baby if she and Emily keep it...Series 3 - Episode 10

Mrs Herring, the cantankerous landlady, continues to add to the strains of the Lark Rise residents with her refusal to upkeep their homes. Dorcas and James take it upon themselves to help, and come up with a plan to show Mrs Herring the error of her ways. 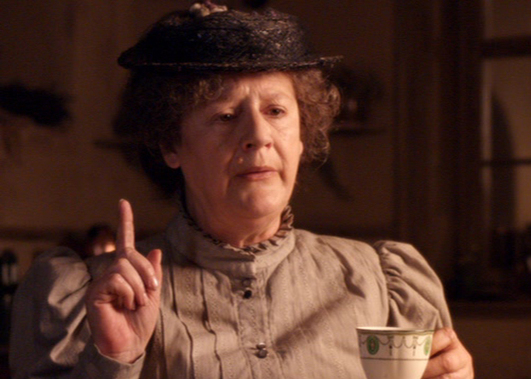 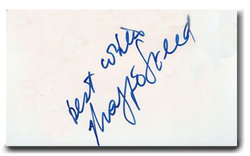 Mr Paxton runs the Wagon and Horses pub in Lark Rise and enjoys the position this gives him at the centre of the community. He is never short of an opinion on any subject being discussed by the men in the pub. His favourite topic of conversation is criticising the Candleford folk, who he thinks are always looking down on Lark Rise

Lark Rise To Candleford returned in spectacular style for a second series with a feature-length Christmas special.
Julia Sawalha, Olivia Hallinan, Dawn French, Brendan Coyle and Mark Heap starred in this wonderfully atmospheric adaptation of Flora Thomson’s memoirs, and Sheridan Smith played brilliantly the role of Cinderella Doe, a lost soul in search of her father, Jeremiah Mears.It was a real old fashioned ghost story for Christmas set amidst the Victorian splendour of the villages of Lark Rise and Candleford in which the characters all had a rich screen presence that was enhanced by snowy backdrops and fabulous costumes.The story centred on the odd appearances of a bedraggled young woman in the woods and the village who asked passersby if they knew of a Jeremiah Mears, but nobody had heard of him. Many of the villagers tried to help the girl and offered her food and clothing but she always mysteriously disappeared as quickly as she’d arrived.
Several sub-plots were running alongside the central story and since the young girl had begun to appear, many of the villagers had been experiencing strange emotions. Some began to get off their chest things that they’d kept bottled up for years, as was the case for sisters Ruby and Pearl Pratt.
Ruby, being generally meek and mild, had for years suffered in silence as her domineering sister ruled her life, but following an encounter with the girl in the woods, she felt compelled to stand up for herself for the first time ever.
Meanwhile, Emma Timmins was looking forward to having her daughter Laura at home for Christmas but when it transpired that Emma’s cousin, Dorcas Lane – the postmistress and Laura’s employer – would be alone for the holidays, Emma suggested Laura stay with her. She immediately regretted it and was downhearted when Further heartache was to follow when Emma found out that Dorcas had bought a leather bound journal engraved with Laura’s name for her for Christmas because Emma had herself embroidered Laura’s name onto the cover of a journal as a present. She feared that her gift would pale by comparison to Dorcas’s.
Also, Caroline Arless, played by Dawn French, was desperate to keep her husband Walter at home. He’s a master rigger who often goes off to sea for months at a time and she feared he was about to go again and leave her over Christmas.
However, as good as all the characters and the story were, Sheridan Smith’s role as the mysterious ghostly figure of the young girl wandering the woods made the whole thing magical . I really think there’s no role that girl couldn’t play; from comedy to drama, she’s proven that she’s truly versatile and her portrayal of this searching apparition moved me to actual tears when it was revealed that Cinderella Doe had spent over 80 years searching for the father she never knew.
Sheridan’s entire performance was evocative and dark while at the same time prompting sympathy for her character. All the way through, viewers were never sure whether this waif was a good or bad spirit – or indeed, a spirit at all – but anyone who had contact with her changed
It was eventually Dorcas and Queenie who helped her to find her eternal rest and when – after a tear jerking moment when they discovered the ghost’s real name – Finally the cast assembled to sing O Little Town Of Bethlehem.
And if you weren’t already feeling Christmassy, this feature length episode would make you want to go out carol singing and then sit by an open log fire while drinking mulled wine. 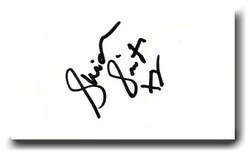